The story of Brainard’s is the story of Elliott Brainard, and his accidental discovery that blueberries are one of very few home remedies for heartburn. 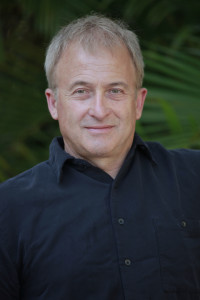 As a small boy growing up in a rural Los Angeles suburb, Elliott Brainard battled with bad asthma and severe breathing problems. His Mom took him to doctor after doctor who all seemed unable to figure out what was wrong.  Typical over-the-counter medicines didn’t help either. Frustrated, Elliott’s Mom searched for an alternative answer, and together they tried numerous home remedies: goat’s milk, fresh juices, cleanses, vitamin supplements and diets geared to avoid every possible allergen. And they found something that worked! Now, if this doesn’t sound like an unusual story, consider that this was in the late 1950s, alternative medicine was in its infancy and “natural foods stores” were practically unheard of.

Fast forward a few decades, and Elliott, now in his prime years as a successful and sought-after architect, started having problems with his stomach. A busy schedule and a lack of time for healthy choices were causing him indigestion. His local doctor recommended a typical prescription drug, which didn’t help at all. By chance, while suffering from heartburn at a party, Elliott grabbed a handful of fresh blueberries and discovered that they put out the fire! He tried this over and over, during several weeks, and became convinced that fresh blueberries were one of very few home remedies for heartburn.

So Elliott set to work – again enlisting his Mom’s help – to develop a natural remedy for indigestion. They spent hours researching the healing properties of blueberries and other home remedies for heartburn; they bought extracts from their local health store; they mixed them up in the kitchen and they tried them on family and friends. Eventually, they found the precise blend of blueberry fiber, fruit extracts and absorbable minerals that now make up Brainard’s Natural Remedies Antacid.

Today, Brainard’s Natural Remedies Antacid is patent-pending proprietary blend, thanks to its uniqueness as an antacid and digestive aid. Laboratory tests have confirmed its ability to neutralize stomach acid. It is sold nationwide, in the form of a tasty chewable tablet, and it has helped thousands of people relieve their indigestion and heartburn issues quickly and naturally.

Elliott Brainard remains the head of the company; although others have joined him to help spread the word and make sure the remedy reaches people across the country who want a natural solution to “put out the fire”.